The growth of Internet access in Brazil is evident and this is a reflection of the fact that more and more Brazilians have Smartphones. According to Mobile Time research, 62% of the population has had a handset for more than three years. Now it’s super common to look sideways and see everyone focused on a cell phone screen. Regardless of age, sex or social class; most of the Brazilians today are always connected and have accounts in social networks.

A study promoted by the We Are Social agency and the Hootsuite platform in 2017 showed that Brazilian Internet users spend an average of 3 hours and 39 minutes a day accessing social networks and most of these accesses are done through cell phones.

Another undeniable issue is that instant messaging has become the primary function of the handsets. Researches done by CONECTAí Express, an online search portal, show that 91% of Brazilians with internet access use WhatsApp, making it the most widely used social networking app in the country. Followed by Facebook, with 86%, and Instagram, with 60%. YouTube and LinkedIn were not among the survey options.

Created in 2009, WhatsApp has become a true worldwide phenomenon that hasn’t stopped growing. Mark Zuckerberg, CEO of Facebook, revealed that the app has surpassed the mark of 1.5 billion active users per month. It’s about 60 billion submissions every day.

In Brazil, data released last year showed that approximately 120 million people were users of the App and the number continues to grow. Triumph isn’t only about messages; WhatsApp, with the Status feature, is the second most popular application for sharing stories. Losing only for Instagram.

In addition, the social network launched last year the WhatsApp Business, a version of the messenger aimed at business to customer communication, running globally on Android.

We know that Facebook is one of the most successful businesses in history. But the moment is a huge “black cloud” on top of the social network. Edison Research’s Infinite Dial research series and Triton Digital have monitored the platform since 2008 in the United States and for 10 years use only increased. Until, for the first time, there was a collapse. The share of Americans using the system fell from 67% to 62%.

Fall in the number of users and hours spent by them on the network – a decline of 50 million hours per day; turbulence with major advertisers and the media are some of the factors that threaten the tool created by Mark Zuckerberg.

A recent controversy surrounding the privacy of users data was also a crucial element. Through personality tests, millions of people have had leaked information for Cambridge Analytica, a political marketing consulting firm. According to Facebook, 87 million people may have had their data shared with the consultant. In Brazil, 443 thousand.

Despite the current storm over the social network, it is estimated that 130 million Brazilians use it and that 92% of users access the platform through smartphones. As for the engagement, the surveys of the We Are Social agency and the Hootsuite platform revealed that the content posted on videos are the champions, with 6.83% of the page followers. Another interesting fact is that, unlike the rest of the world, here, the majority of users are women, being 54% of users.

Brazilians women also dominate the Instagram use. The same study points out that they make up 59% of the people who enjoy the platform. The social network released data stating that the country has 57 million users and that represents 27% of the country’s population. In absolute numbers, we are the second country with more people sailing in “Insta”. We are on track only in the USA, which has 110 million users.

With an exponential and undeniable growth, Instagram is the world’s most beloved image-sharing network. The cry of success was given after being bought by Facebook in 2012. Another moment that ignited the brilliance of the social network was the Stories launch in 2016, which knocked out the success of Snapchat.

The glory can be a fruit of the fact that people consume much more videos and images, than the famous big texts.

Trade also owes its gratitude to the tool. In 2017, more than 17% of E-commerce purchases were made by cell phones and Instagram was responsible for a nice slice of them. 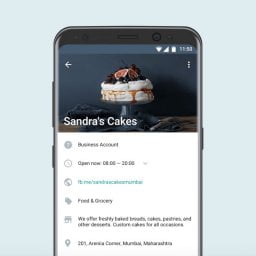